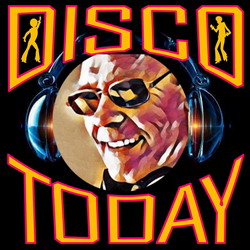 Rene Schilder, aka D-DJ (disco-dj) ArCee was born in 1964 in a small town, close to the town of Alkmaar in the Netherlands His first contact with music was at the age of eleven years old when he became a member of a marching band playing the drums. Here he developed his sense of rhythm, that it would come in handy later in life.

At the age of 14, he started spinning in a local community center for young people in between the age of 13 and 17 years old. His first deejay experience. A while later, a similar, 2nd dj job was added. So, he was the deejay every Friday evening, and Sunday afternoon playing lots of soul, funk and disco music.

Around his 17th year, he stopped spinning in community centres because he got to the age to go out at the "real" nightclubs.
But, after some time, something new came across his path.
Playing a radioshow.
A so called "pirate station" offered him a slot. Illegal radio stations, at that time, were very popular, and ArCee was given his own radio show, every Friday night, at Action Radio.
He kept playing at the radio station for years to come.

Around 1987 he got infected with the house virus. He was visiting house events, and he started playing early house music at the radio, but soon, that became a problem, because the owner didn't like it and it was not allowed.

Because of that, ArCee stopped playing at Action radio, and started his own radio station called Contact 103.
At that radio station, all music was played, like top 40, dance, swingbeat, R&B and disco.
ArCee started a strictly House radio show called Bassline on Friday evening.

From his radio show, he began, along with some friends, to organize house parties for the local people, since all house events took place in, & around Amsterdam at the time. His “Power Raving” house events became very populair in a short time.

After the period of Contact radio & the house events, ArCee stopped playing.
He became too busy with some other things, and his mum became really ill. After a few years, he visited house events again, and his taste for danceable music changed from house to club, to techno, to finally trance. Always looking for rhythm, nice melodies & vocals.

In the meanwhile, he sometimes played an event in a club or discoteque, and did some playing in a discoteque called Altamira.

In 2008 he started playing a radio show with trance music at his first internet radio station called "TotaalFM".
Soon after he started playing at TotaalFM, he became the leader of programming, and because of his effort, the station started to grow. From 7 dj's to, in the end, more than 200 DJs with 25 nationalities
Also, TotaalFM organized some events.
In 2010 he became owner of the station, and in 2013 he sold it because it became too big to handle, besides his "regular" work.
Sadly, the new, French, owner died soon after the sale, and TotaalFM died with him.
ArCee was done with trance and took some time off from playing as deejay in total.

Until 2015, when he visited a small disco classics event, organized by some friends of his, where disco classics from the 80's were played, and he loved it. Still.
As a young boy, and still today.
So, he started to re-collect old disco classics, and came across disco re-edits. Classic disco tracks, upgraded with some 2018 sounds. Best of both worlds?

Now, ArCee plays his Disco Today radio show, with the best soul, funk & disco re-edits from the 70's, 80's & very early 90's, along with Nu-disco, funky house, disco-house & jackin house. As long as it has a funky disco feel.

ArCee - Disco Today. You heard them before, now I play them with a little more.