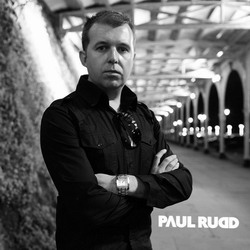 Each week Globalsessions presented by Paul Rudd brings you a mix of the world's biggest and freshest new dance music in 60 minutes. Featuring a weekly 'Hottest Record Of The Week', exclusives, guest mixes from some of the world biggest stars and producers as well as a few old skool classics along the way.

Now in its 7th year! Each week, Globalsessions plays the hottest new dance music plus old school club classics.
Additionally, there are exclusive first plays and guest mixes from some of the biggest stars and producers in the world.
Over the years it's seen guests such as Seamus Haji, Seb Fontaine, The Freemasons, Danny Dove, Mikael Wills, Adam Turner, Liam Keegan and Sam Feldt to name a few...
On brand, on point, current and high energy!

Paul started out as a radio DJ during the 1990s. You would often find him at the Capital Radio Cafe in Leicester Square at the weekends, where he then went on to DJ at various venues around the UK and then the world, before returning to the UK club scene in early 2000s. Paul had a passion for music and from working around the radio industry, he went on to remix for the likes of Mis-teeq, Alexander O'Neil, Sigala, Elton John, David Gray, Celine Dion and Daft Punk to name a few through Mastermix and DMC worldwide under various names.

Paul decided that he not only wanted to rework other artists creations, but also make some of his own. So back in 2011, he did just that! He has so far had 16 official worldwide releases, 2 albums and shortlisted twice for MTV unsigned.

He has hit the UK Official Club Charts TOP 5 six times now along with the Music Week Commercial Pop Charts. He also hit the No.1 spot in The Dance Top 30 in Canada and also staying at No.1 for two weeks in the prestigious Top 100 Dance Chart in the USA.

Fast forward to the present and Paul now DJ's around the globe and has a weekly digital Radio Show 'Giobalsessions' airing around the world.

The PAUL RUDD story is far from over....