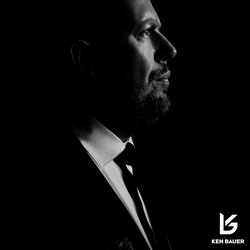 Lock in and indulge your ears with the finest Electronic Dance Music coming out of the studios of the world’s best Producers and Record Labels with your host: industry titan – Ken Bauer. The main man of Future Rave Music and a powerful tastemaker in the industry, this show marks another huge step towards global fame for one of Europe’s most prolific DJ/Producers.

Biography:
Ken Bauer’s musical talents are a gift that evidently comes naturally to the Swedish DJ and Producer, after playing piano from a young age Ken then took an interest in the art of music production and released his debut single just for fun back in 2014. To his surprise, the release went on to becoming one of the most downloaded tracks of that summer and was featured in the Swedish music charts for several weeks.
With a long list of career accolades under his belt, Ken can also boast of a self-release called ‘All I Need’ achieving over a million streams on Spotify alone and tracks such as ‘The Sirens Are Calling’ added to Spotify’s hottest playlists. With releases on labels such as 2-Dutch Records, Sirup, Future House Cloud and his own imprint Future Rave Music, it’s not just his followers who are big fans of his productions as his music has been supported by the likes of David Guetta, Axwell, Austin Kramer, Sam Feldt, Nicky Romero, Brooks, Laidback Luke, Sander Van Doorn, Showtek, Quintino, Yves V, 3LAU, Dash Berlin, MAKJ, Dada Life, Olly James, Kryder, Sophie Francis.
Ken’s broad taste in music allows for him to blend multiple genres into his productions, drawing inspiration from genres such as Future Rave, Future House, Progressive House & Melodic Techno. His creativity exudes him as every track he releases grabs the attention of each corner of the dance music scene. At the moment, his focus is well and truly on being in the studio writing tracks for his upcoming album and with talks of Future Rave and EDM being a part of the mix there is certainly a buzz surrounding Ken.
Ken Bauer's relentless drive & underlying focus for delivering tougher, more club focused cuts is absolutely clear to see.