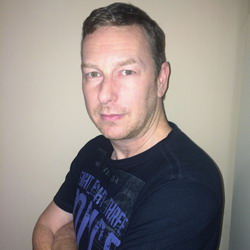 An 'Abyss' is something that you could peer into and it would get progressively darker and deeper the further you explore.
The Abyss is a weekly dance show hosted by Jon Hodgson that is dedicated to the latest prereleases, white-labels, and emergent previews in underground electronic dance music.

The show's name reflects this and runs for two hours slowly descending from the light and bouncy to the deep and dark over the length of the broadcast whilst maintaining three founding principles:
• All tracks played have been sent to the show as promos
• Each track is played in full (however can be edited)
• With exception to end of year specials, no track is repeated. Ever.

Following these principles every show has a unique sound and energy, whilst remaining loyal to 'The Abyss' format.
Electronic dance music - in all its genres - is for everybody, no matter where or who you are. This show is for everyone that appreciates the less commercial side to their music and the energy and wellbeing it gifts.

Biography:
Multi-genre mix-master who started DJ’ing in 1988 within NAAFI’s whist serving in the RAF around the United Kingdom, then transitioning into pub’s and clubs under the stage name of “Jon Charles”.

Turning professional in 1993 he played many clubs around the UK, including residencies with The Astoria and The Emporium nightclubs in Cardiff, circuit work for European Leisure and First Leisure agencies, and international residencies in Russia, Greece, Portugal and Spain. He also stepped into the world of radio broadcasting during the mid-nineties in-between the club gigs until hanging up his headphones from a professional perspective in 1998.

Jon returned to play publicly in 2012 when he hooked up with Shuddervision Soundsystem based in the Midlands. He has also returned to radio with The Abyss radio show which broadcasts a two-hour show dedicated to pre-release electronic dance music with a strong leaning towards house and techno. His musical style crosses multiple genres straddling house, techno, trance, DnB and jungle to name a few. His style is dependent upon the audience varying between mash-ups, transcendental journeys, eclectic sets, and occasionally the dance equivalent of a riot.

He has set up a monthly house-oriented night in Newport, South Wales named Purple that is gaining attention and popularity locally.

Jon released his first track on i-Occupy records in September 2020 with his Acid Breaks remix of Control Your Brain and is actively working on new releases currently.